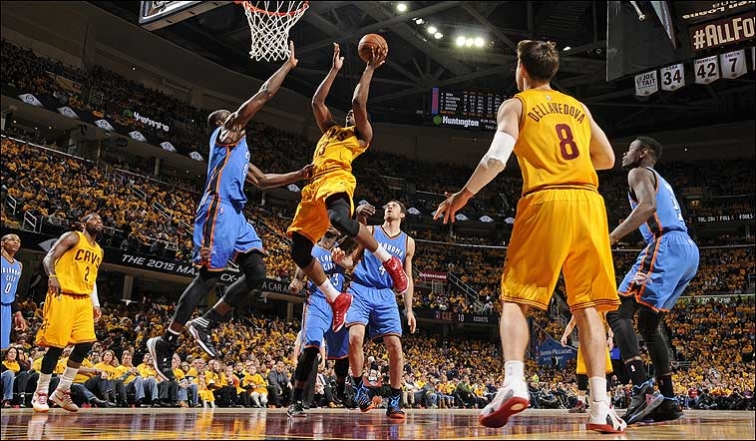 January is not exactly crunch time and there is plenty of time left in this season to right the ship. The Oklahoma City Thunder are attempting to do just that. They are attempting to put the woes of the early season behind them, move past the cobwebs and start making a statement.

Russell Westbrook is doing it again. This guy is an amazing player and even though he did win the NBA’s MVP award last season; it’s possible that Westbrook is underrated. This guy is a phenomenon that seems to get better with each game. His numbers are near eye popping at 24.8 ppg, 9.7 rpg, and 9.9 apg. Basically what Westbrook is doing, is averaging a triple double. He is not doing that but he is close. His numbers are amazing considering who he plays with.

Westbrook plays with a great cast of characters in Paul George and Carmelo Anthony. The problem for the Thunder is chemistry. The team has struggled to find any chemistry whatsoever and the beginning of the season was worse than what Oklahoma has managed to scrape together in the last month.

The addition of Anthony and George to the team was designed to be a difference maker, it was supposed to have made a huge impact on the West and the entire league. It should have made a difference and what is happening in OKC; is slow! It has been a process and a painstaking one at that. Paul George acted as if he wasn’t ready for the challenge, he acted as if he has been a fish out of water and continuously struggling to catch his breath.

George has not been all bad, however he brought problems with him to OKC; he doesn’t want to be there.

Note to Paul George: Get yourself together, your team needs you, the fans need you and they want to support you. Forget about what you have, what you don’t have or what you wish you had. Forget about where you want to go next. Focus on being a member of this team and focus on winning.

Carmelo Anthony is struggling to be himself and it seems that he is distracted, but what’s unusual about this from Carmelo? He carries baggage and everywhere he goes it’s the same. Carmelo has averaged 24.4 ppg for his career. He is averaging 17.5 ppg this season. Carmelo needs to be the man, he need to be the go-to-guy but he’s not in OKC. He is still playing good but certainly not as good as the organization and fans have hoped.

Tonight’s game is going to be a good one. It will be high scoring it will have twists and turns and it will definitely have a few wayward elbows and maybe even some pushing and shoving. It’s guaranteed to be a playoff atmosphere in January.

Get in for this one. Get your bet in now and bet the over. This game will go over the 221 total and it will go to the wire. It will be close down the stretch and Cleveland will have to fight for this one. Call up the bookie and get your bet in. Don’t miss this one.

Are You Ready for the NCAA Tournament?
Let the Best Sportsbook Work For You
Set Up Your Own Pay Per Head Sportsbook
Holiday Reader Mailbag